The explosion started from a gas station belonging to Best Roof Cooking Gas in Baruwa axis of Lagos State.

Four persons have been confirmed dead in the gas explosion that rocked Lagos early Thursday morning.

Four deaths were recorded while many others sustained varying degrees of injury from the incident, according to the Lagos State Emergency Management Agency. 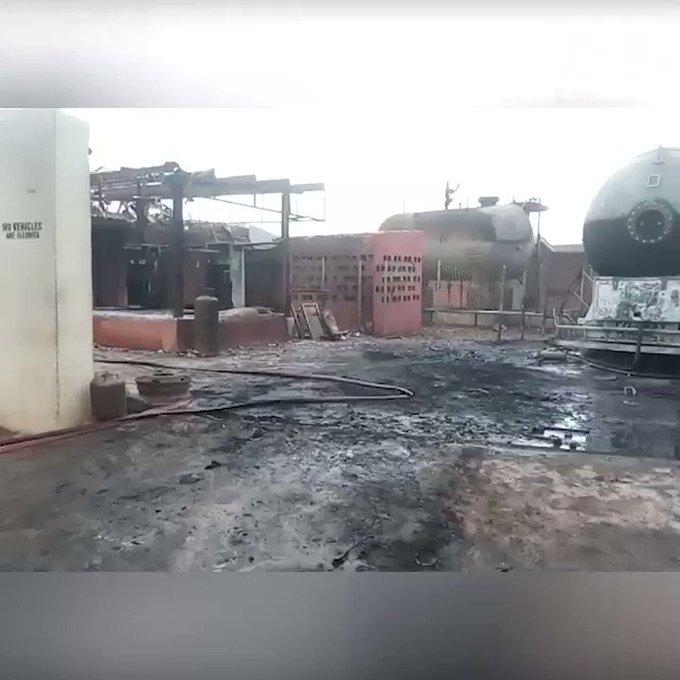 Some of the buildings affected include a storey building housing one school, one hotel, one creative center and one residential building and adjoining shops.

Also razed are one gas truck, pickup van and tricycle.

KINGSPARO.COM also reports the fire outbreak at the gas station in Ipaja area of ​​Lagos. According to them, the incident has killed eight people and injured dozens more.

A source who went to the scene explained that the accident happened at Best Roof Cooking Gas.

A combined effort of LASEMA, LRU Fire, LASG Fire Service, NPF, NUPENG, and LNSC are on the ground to curtail the spread of the fire to other buildings.

Nairablinkhttps://nairablink.com
This is to welcome all our readers and fans to Nairablink Blog where we shall be providing you with the latest entertainment gist/news and every necessary things you need to know in Nigeria. Tel: +2347037477278 Address: 57, Ijebu-Ode Road, Poka Epe, Lagos Nigeria. Email: [email protected]
RELATED ARTICLES
News

Videomine MLM: Everything You Need To Know About Videomine Multi Level Marketing

Good day to all the online hustlers reading this post and most especially the Videominers. I have explained in details on how to make...
Read more
Business Finance

In light of the Forbes World's Billionaires List, as of November 30, 2021, the 10 most extravagant individuals were Elon Musk, Jeff Bezos, Bernard...
Read more

Your comment is very important to us. No SPAM Cancel reply